The Future of Flood Defences in the UK 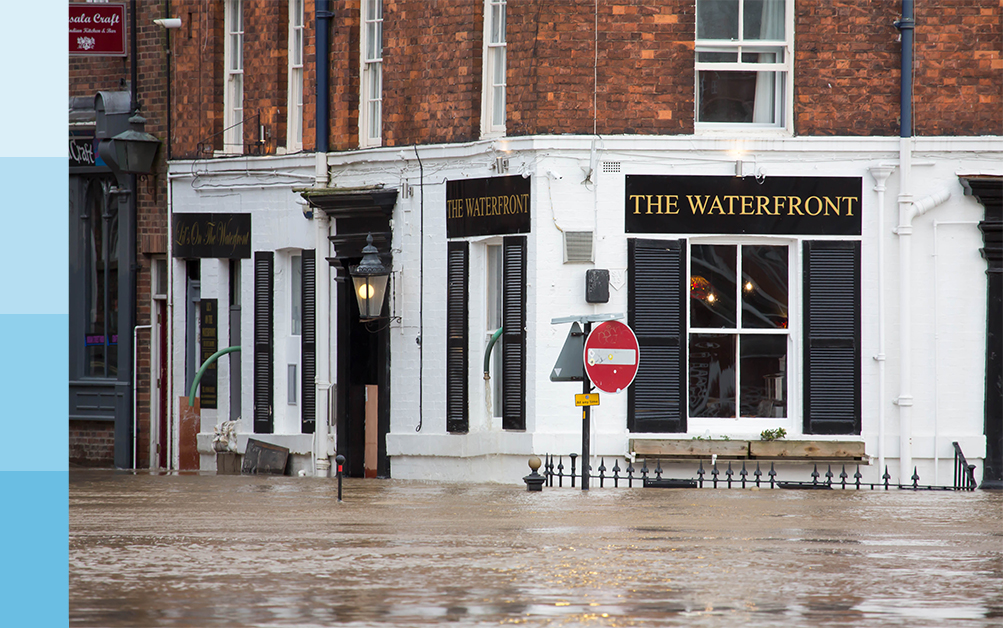 The UK experienced one of the wettest Autumns and Winters on record and suffered extreme flooding across the whole of the country.  In November 2019, the first wave of floods hit the Humber, the East and West Midlands followed by more flooding in December and January.

The second wave of floods were instigated by Storms Ciara followed by Storm Dennis in February 2020 and then later to a lesser extent Storm Jorge.  The rain continued its downfall leading to the wettest February since records began back in 1766 with England and Wales recording 169.6 millimetres of rain.

Although temporary flood measures had been implemented in the areas worst hit, gale force winds at speeds of up to 90mph along with the heavy rains caused widespread flooding, hugely affecting our roads and travel infrastructure and leaving many homes without power.

Analysts have been busy studying Flood maps and comparing them against media reports for accuracy and to understand how long-term flood risk will change over time.  Flood forecasting is also being used to identify areas of high risk so that a wide network made up of people, local authorities, investors, emergency response units and planners are aware of high-risk areas ahead of time.

The UK government has been working closely with the Environment Agency and Local Authorities in partnership to combat the catastrophic effects of the floods and help the lives of those affected get back to normal.

A recent announcement of a further £120 million towards repairs and improvements to defences already in place that suffered damage in winter.  A further £200 million dedicated to 25 areas selected to develop new ideas to bolster their resilience to further flooding.

The extent of the flooding has reached such a dangerous and widespread level that the Chancellor of the Exchequer, Rishi Sunak announced in this year´s budget that funding into flooding and coastal defences would be doubled to £5.2 billion to span over the next 6 years, although this would only apply to capital projects and not for any maintenance.  This will go towards ensuring that communities all over the UK will be better prepared and better protected against any future flood threats.

The government is also working closely with the Environment Agency to communicate any changes to the level of government funding and how and where it is being allocated.

Schemes starting from April 2021 will have these changes implemented meaning that we can more understand the positive impact that each of these flood defence schemes can have on communities, which will also make the schemes more eligible for government funding.